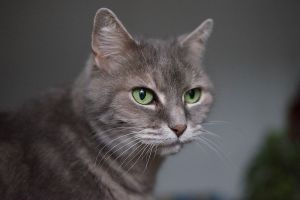 Cats have been on this earth as long as people, if not longer. Cats were revered in some countries and accepted as members of households such as in ancient Egypt. It is interesting to see how some of today’s breeds developed from their ancestors or were fashioned as unique breeds.

The Abyssinian cat as it is known today was bred in Great Britain and was named after ‘Abyssinia’ (now Ethiopia) where they supposedly originated. There are widely-spread stories of British soldiers deployed to North Africa in the nineteenth century returning home with these kittens. These were bred to other breeds to develop a breed with a distinctive ticked coat in which individual hairs are banded with different colors.

The Australian Mist breed, originally called the Spotted Mist, was developed in Australia by Dr Truda Straede by crossing Burmese and Abyssinian cats and miscellaneous domestic shorthair cats to create a shorthaired cat with a unique spotted or marbled coat pattern.

The Bengal breed is a hybrid of the Asian Leopard Cat and domestic shorthaired cats to develop a breed to look like an exotic jungle cat.

The Birman cat or the Sacred Cat of Burma, as it is also referred to, is often claimed to have originated as a companion of temple priests in northern Burma. Several were exported to France and breeding with other cats including the Persian and Siamese created today’s point colours. The original cats were seal point.

The British Shorthair breed is the pedigreed version of the traditional British domestic cat and is believed to be brought to the country by the invading Romans in the first century AD. The cats had been imported to protect the Roman grain houses from mice and mated to local domestic cats to create today’s breed. The gene pool in the UK was decimated during the Great Wars and the breed was therefore outcrossed to the Russian Blue, Chartreux and Persian breeds to increase the gene pool.

The Burmilla breed originated in the UK in 1981 following the accidental mating of a Chinchilla Persian and a Burmese. The resultant Burmese-looking cats with silver undercoats and ticked or tipped coats proved an attraction and led to further breeding.

The Cornish Rex cat, which has a short, thick and plush curly or wavy coat and crinkled whiskers and eyebrows, has been refined from a naturally mutated curly coated kitten found in a domestic cat’s litter in Cornwall, UK. Likewise, the Devon Rex breed was discovered by Beryl Cox in Buckfastle, in Devon, UK, again using a naturally mutated curly-coated kitten found in a domestic cat’s litter and the breed was developed using the curly coated offspring and domestic shorthair cats.

The Scottish Fold breed originated from a natural mutation which occurred in a litter of kittens born to Susie, a white barn cat which had an unusual fold in her ears. Susie was found on a farm in Perthshire in Scotland, in 1961. She later had a litter of kittens and two had folded ears. Today the breed has small ears folded forward and downwards and resembles an owl.

There are many other breeds with unusual beginnings but I hope that I have stimulated your curiosity enough for you to want to research these.

We accept PayPal and all major credit and debit cards. Transactions are performed via an SSL server to ensure the privacy of your details.

Due to high demand we are currently out of stock. Please come back again soon. Dismiss